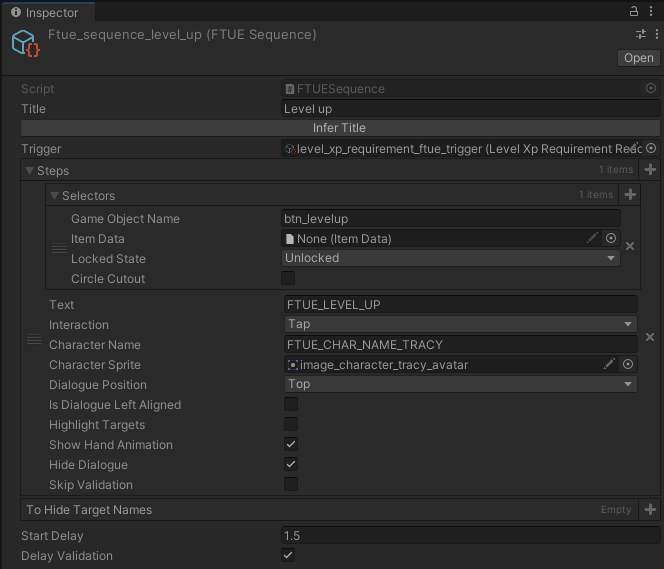 Learning to Teach: A step-by-step guide to making an in-game tutorial

Some tips from our experience making Best Friends Cafe, a cozy merge game!

Tutorials are a tricky beast. Create a long, detailed, and thorough explanation of the game and you’ll get players itching to be done with it already and probably telling you about it in no uncertain terms as well. Yet if you omit something from this learning process, you risk a not-insignificant portion of your audience being lost, confused, and frustrated. Of course, each game is unique and a single article cannot give you a definitive answer on how to strike this right balance, but perhaps some of our experience creating tutorials for our game Best Friends Cafe might prove useful. So here we go!

This might seem too obvious, but before you can start planning how players learn to play your game, you really need to figure out what EXACTLY are the things they actually need to learn. In my opinion, a great way to do this is to get some fresh playtesters and have them play the game without any onboarding, or with just the tiniest sliver of it.

That’s exactly what we did when developing Best Friends Cafe — we had very early tutorial-less versions of the game playtested by real players; even our first public version (early access) didn’t have a fully fledged onboarding experience. By doing it this way we were able to observe our players, collect their feedback, and identify two things:

This allowed us to focus our efforts on these pain points (in the case of Best Friends Cafe, that was our upgrade mechanics). Even if we had had an inkling about them beforehand, it would still have been relatively quick and easy for us to just double check.

At this point, however, it is crucial to take your target audience into account: cultural background, genre familiarity, and general game literacy can really skew your results here. We used PlaytestCloud to do some of our playtests and had a good experience — hopefully they work well for you too.

When the time comes to start working on a plan for your tutorials, I find establishing a clear toolset a good way to break the ‘blank page’ syndrome. Think text boxes, highlights, custom levels, pointers, ‘helper’ characters, and so on. Knowing your building blocks lets you see the frame in which you’re working better.

The Best Friends Cafe team spent a lot of its tutorial development time in this planning stage, trying out different flows and discussing them (we used Miro extensively for this), all the while refining this toolset with two principles in mind:

Give the right amount of context

So how do you actually start to teach a game to someone? I think there’s an unexpected place for game designers to learn some of this art: board game rulebooks. Board games can’t make use of animations, can’t hide game complexity away in the code, and don’t have the luxury of immediately correcting the player if and when they misunderstand. They have to get their structure and wording spot-on. Of course, not all rulebooks succeed at this, but ones that do are an invaluable learning resource.

Here are two things I find a good rulebook does exceptionally well, and why these things are important to your own tutorial:

Set yourself up for iteration

Tutorial implementation is a difficult topic to cover, in part because the complexities of each game, each genre, and each onboarding experience can vary so widely. But in all of these cases you will be trying to strike a balance between the tutorial implementation being flexible enough so you can keep making changes as you’re polishing it one iteration a time, and shifting the workload from engineering onto team members coming up with these changes — the game designers. Here’s where we ended up on Best Friends Cafe:

This structure ended up allowing the designers to work on game tutorials independently and even when creating new tutorial sequences for more complex mechanics later in player’s journey, we usually already were ~80% there.

Break it until it works

Your tutorial will almost certainly introduce some less common game states and mess about with the core game systems (by limiting player input or predefining otherwise random values, e.g.), so bugs are to be expected. The team paid very close attention to our tutorials when playtesting Best Friends Cafe, often sanity checking that each step still worked as expected in every build.

However, tutorial bugs can be quite weird and whenever they happen, we might be losing a percentage of our audience who might have missed an important point and were now confused. As a result, we tried to include information on these bugs in Best Friends Cafe analytics. For instance, whenever a tutorial sequence should have started, but wasn’t able to due to some unforeseen circumstance, we could find out about it and be specific with our efforts to diagnose and fix the problem.

Do it all over again, maybe

As long as you keep making improvements to your game, keep collecting player feedback, and analysing data, you will also eventually have to revisit and change the onboarding experience. However, I would advise you to not use tutorials as an answer to all of your newly-discovered pain points. Having a rigidly-defined onboarding flow is just one of the tools at your disposal: a very useful, but blunt one. Sometimes a more nuanced approach is better — UI changes, animations, VFX, and sounds can also help your players learn and understand. Check out this article by our FX artist Kirill on how UX and VFX can work hand-in-hand to convey messages.

Thanks for reading and please share your own tips on designing a tutorial in the comments! If you enjoyed this, leave me some claps and follow Mighty Bear Games on Medium for more of such content!

Learning to Teach: A step-by-step guide to making an in-game tutorial was originally published in Mighty Bear Games on Medium, where people are continuing the conversation by highlighting and responding to this story.