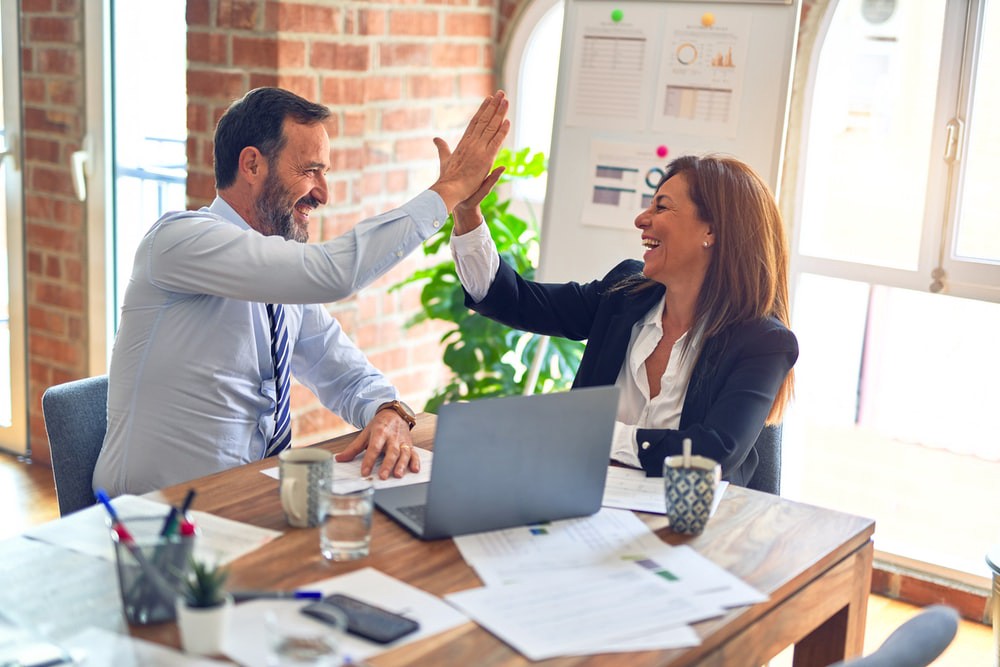 Starting a creative task from a blank slate can be daunting, especially when there’s a time limit involved.

I understand now that this is very much based on the individual and the process which works for them, however I always felt like I’d have appreciated some basic insights when I was just getting started.

Below are some details of my own approach, developed over the years from personal experience and useful advice from colleagues.

The sooner you type something, the better — at least that way you’ll have something to judge and iterate upon.

For me personally, my first idea almost never makes the final cut, but without this initial thought I may not have found my way to the final design: it’s a necessary step.

My colleague Olivia wrote an article which may be a useful supplement. Give yourself a 25 minute limit with the Pomodoro app and see what you can do!

This approach is repeatable, so you can go through a few idea bursts and use it again to dig into one or two of the more interesting ideas.

This article for example started out as a list of potential articles, then notes; then, I did multiple different passes where I allowed myself to over-write and then simplified down (this process works best for me).

Try to establish a constraint (or constraints) early — these will be foundational to thinking of the ideas you’ll create. Being creative isn’t easy, especially when the solution to a task could be literally anything: having a set of rules early on is very helpful for providing direction.

These constraints could involve deciding on and committing to a central gimmick for your feature, level, or game. They could also be a requirement from stakeholders or pillars from the game in general. Even things you know you’re not supposed include can be useful here, as they all serve to narrow down your idea-generating process.

From my experience designing levels, keywords can be a big help. I was once given the advice to set out a few core words to build upon and refer back to for each design. Every idea should in some way add to this, for example in the Tomb Raider series this could be “survival” — every choice you make should align with that, and this helps with both generating ideas and the decision-making process that occurs further along.

If I was designing a level, I’d begin with the question: Which words will define my level? For a Desert level, maybe some options could be ‘scary’ or ‘threatening’. Now I have a theme and a feeling to work towards: How could I express a scary Desert? (Through player actions, environment/space, colour, gameplay mechanics, enemy designs, sounds etc…)

During a 25 minute idea burst, I’ll often aim to have a group of low-detail ideas rather than getting into specifics too soon. I find fully exploring one idea at a time can cause me to forget other small but potentially interesting ideas, then I’ll waste time struggling to remember that perfect idea I’d forgotten!

Low-to-high detail ideation could take the form of a Mind Map rather than a list.

Bringing a small group of people into a meeting room to write ideas on a whiteboard can be useful here too in some cases, but as I’ve mentioned in a previous article, time-boxing is important at this stage.

Keep the Mind Map or take a photo of the whiteboard: you can have a read-through later to see if you missed anything.

Once you have a large number of ideas, consider a few potential candidates — you could even create a basic scoring system to decide which make the cut. At the very least I’ll sort the ideas by their strengths.

When I really want to focus in an office situation, booking a meeting room for myself can be very useful: the change of scenery is refreshing and I’ll sometimes think differently after moving to a different space.

4.5) Try something else (Optional)

Sometimes after delving into more detail with an idea I’ll have a few thoughts bouncing around for an alternative, or for a few different approaches to a specific element.

At this point, I find it useful to add these to my design I’ll mark them as optional/undecided just so they’re there on standby for later. If I don’t use them in the end I’ll put them into a “cut” section of my design so they’re at least documented — maybe they’ll spark more thoughts later.

When designing weapons, this could mean writing different interpretations of the same weapon; when designing a level this could involve an alternative approach to a layout.

In some cases this may even be the first approach to take: having a quick discussion with colleagues somewhere near the start of a design can help to get things started.

Whether I do this earlier or not depends on whether I have a few avenues or ideas already in mind which I want to start with before I forget.

Personally I tend to leave the in-depth researching until after I’ve approached the design “in the dark” to begin with.

This way I avoid being influenced too strongly by references, which when considered a bit later can instead serve to back up or support the ideas rather than dictating them.

Doing the research and finding existing similar concepts is especially useful when explaining a design to others for the first time.

Once I’ve arrived at a design I’m comfortable with, I’ll reach out for feedback.

There’s a balance to be struck here: I want the design to be detailed enough that people other than myself can understand it without stumbling on the details. Equally, I don’t want to potentially waste time over-polishing an idea which may ultimately not move forward.

Generally I add the level of detail I believe is needed to get my points across and be convincing (examples, images, simplified TL;DRs). Different people interpret designs in different ways; you’ll get a better sense of what different people appreciate/require the more you work with them.

Depending on the work, I may look for feedback at the following stages:

Finally: Don’t get precious with your idea!

In the context of a team project it’s important to remain objective and not get too attached to a design. Know when to let go, and learn to incorporate feedback or criticism: the general rule I follow is to listen to and take in all feedback, and make a point of re-reading it while I’m iterating a design later. However, you can’t simply react based on each and every feedback point, so this is a tricky path to walk! For me this is part of where Design runs over into “feeling” territory: to notice when this is happening to you is a huge step in itself and can help you rein it in a little!

Generating Great Ideas from Scratch was originally published in Mighty Bear Games on Medium, where people are continuing the conversation by highlighting and responding to this story.