There’s been a lot of discussion recently around mobile app stores, most of it focused on their commission, and business practices. Much of the discussion has been heavy on hyperbole (and drama), but light on factual content. I can’t comment from a “service subscription app” point of view, but as someone who runs games as a service our experiences with Google Play and the App Store have been universally positive. In this post I’ll explain why based on my experiences (yours may vary), I feel they’re a force for good for games developers.

Imagine you own a coffee farm. You set up a stall and consumers can stop by and buy beans from you directly.

You’re doing OK, but you’d like to sell more so you decide to stock some in the supermarket down the street. They’re not going to charge you for the shelf space or in-store featuring and all of a sudden you’re selling 20x the beans you were selling previously, *and* they’re helping you out with new and better ways to make your beans more appealing — but you’re paying a 30% cut.

Now you’re making more money, but you’re unhappy at the supermarket’s cut. You ask the supermarket if they can take 0% while you use their store for display and pick-up of orders bought directly from you. They decline, so you burst into tears and throw all your beans out of the pram.

The most common criticism of the app stores is their platform fee. This has always struck me as bizarre because both the App Store and Google Play offer a curated maketplace (just like any other online marketplace such as Amazon, Uber, Expedia, AirBnB, etc.). Charging a commission on sales is the business model of any online marketplace, I’m yet to understand the logic why anyone would expect an app marketplace to be any different. Yes, the 30% Apple and Google charge is not insignificant, but they deliver a lot for the money (more on this below) and for a small developer it’s a lot cheaper than the two alternative scenarios I’ve experienced first-hand.

The Alternatives: What a World Without Google Play and the App Store Would Look Like

Based on my professional experience here’s how the two alternative scenarios to current mobile landscape (scenario #1 many competing app stores, scenario #2 one dominant app store — ie: as dominant as Google is for search, or Facebook in social media) would be likely to play out.

Here in Southeast Asia there are a number of countries where, for different legal and historical reasons, Google Play is not as dominant as it is in the US or Europe. These are Android markets and what this means in practice is that if you want to reach the broadest possible audience, and have a game which stands a chance of being commercially competitive, you have to release on dozens of different app stores.

In practice this is problematic for a number of reasons:

Just coordinating with 2–3 platforms (App Store, Google Play, Epic, etc.) is very time-consuming as you have align everyone on release dates, support multiple ad formats, different criteria for trailers, etc. Now 10x that complexity and that’s what it takes to fully support all the major Android stores across Southeast Asia. In practice only a major publisher with 100s of staff can pull that off, the rest of us target Google Play (and maybe 1–2 other Android stores) and hope for the best.

Maintaining a strong, up-to-date and well optimised presence on 2 stores is a huge amount of dedicated work. Doing this across dozens of stores is completely out of reach for most developers.

Each store has its own SDK, and some stores will not only require you to support their SDK, but also integrate additional SDKs to support additional payment methods on their platform. The end result is that supporting multiple stores can require the team to integrate dozens of often poorly documented SDKs. This is an engineering nightmare which bloats the size of the game and requires a huge initial effort and constant troubleshooting and updates.

The quality of third-party SDKs can often be questionable. Third-party SDKs by well-meaning teams will conflict with parts of your game, or other SDKs, and create stability and performance problems. There have also been examples where third-party SDKs have been used to steal user’s personal data or compromise security on their device. The more stores you support the worse these problems become.

Small teams simply can’t afford to have engineers dedicated to fixing issues caused by and maintaining dozens of third-party SDKs.

These are many and varied:

Scenario #2: One Store to Rule them All

The current situation has a dominant player on Android (with third-party stores available) and a single store on iOS. Although they serve different devices, consumers and developers have a choice. If a developer doesn’t want to support one ecosystem, they can develop for the other. Likewise, consumers have a choice as to which phone they buy and the ecosystem they support.

The fierce competition between them requires them to keep working on ways to improve the offering and offer people new ways to engage and play. They both also go out of their way to cultivate developers for their platforms (for example: Google has great indie outreach and data insights programs, Apple is great at curated stories and helping reach highly relevant and engaged users). If you have an issue with your game and you have a contact at the platform holder, it is possible to get someone to help you. It may take some time and chasing on your part, but they will help and they can also advise on how you make the most of your game’s performance on their store.

This is a very different experience to what it looks like when one store becomes dominant. This may sound unlikely, but when ecosystems open up they often end up consolidating around a single player — you see this in e-commerce and other industries outside of gaming.

My real-life example of this is from a project a few years ago.

I was part of a team which depended on a single dominant partner (you didn’t have a choice on that platform back then) for our distribution. At first everything was fine, then our original Account Manager left to work at another company, and it became a nightmare. We had a business that was generating millions a year, but from one day to the next we started disappearing from key parts of the store and no-one could be bothered to answer our calls or reply to emails. I think I spent a year trying to book a call with our new account manager, but he simply couldn’t be bothered.

As a development team we were treated horribly, and on their side there was no accountability, no communication, and no desire to improve or listen. People were afraid to speak out should things get even worse, and the only time we would hear from them is when we were being asked to discount our goods for a sale. Eventually that game withered and died, but luckily we were able to assign people to other projects and no-one lost their jobs. Though the service was (and continues to be) a great customer experience beloved by gamers the world over, for developers it was horrible: a classic example of a giant incumbent offering a great low-cost customer experience and a very negative and dismissive experience to suppliers and partners.

The worst possible scenario for developers would be if the ecosystems were to open up in a way which allows a single store to become dominant.

What Would Improve Both Services

The 30% fee across both storefronts is high, and the fact they both charge the same is not a great look. As a developer it would be good to see more competition and transparency with developers.

Local app stores and have succeeded because they cater to local needs, habits, and payment methods. It’s understandable that Google and Apple have focused on on T1 and some T2 markets, but now the developing world is coming online and we’d love to be able to make games for them. For example, If everyone in country X uses a specific payment wallet but neither Google nor Apple support it, then we can’t support the country via their app stores.

Neither platform has a robust social offering (friends list, parties, matchmaking, leaderboards, etc.) which comes anywhere near matching what Xbox or Valve offer players. The multiplayer experience on mobile could improve dramatically (and potentially lift the whole ecosystem) if Google and Apple raised their social game.

This one is currently a hot topic. Many interesting apps and games have attempted to do things which don’t fit neatly into the existing guidelines. Given that Apple and Google are essentially the gatekeepers for mobile, it’s great that this is something that’s being revisited and improved. However, the appeals process is too late in the day for genuine innovation (you’re not going to invest a year building something that might get rejected). One thing which would be a great addition, is the ability to pitch ideas and get them approved before development starts so that by the time the app is ready, the appeals process shouldn’t be a part of the discussion. Xbox has a system for pre-approvals, it’d be great to see it rolled out on other platforms.

I appreciate that this is big topic now and some of you may disagree with how robustly I’ve defended the App Store and Google Play. I’m writing purely based on my own lived experience as someone who’s been releasing games across all the major platforms for the past 15 or so years. Some of you will have had different experiences which may have lead you to adopt a point of view which is less positive.

Today’s app landscape is not perfect by any means, but I would argue that the two incumbents are a force for good. They take charge of the worst parts of distribution (hosting, supporting hundreds of payment methods, store localisation, customer support, tax compliance etc.), help you reach billions of potential customers, go about their business legally, and pay on-time.

Why the App Store and Google Play Are a Force for Good was originally published in Mighty Bear Games on Medium, where people are continuing the conversation by highlighting and responding to this story. 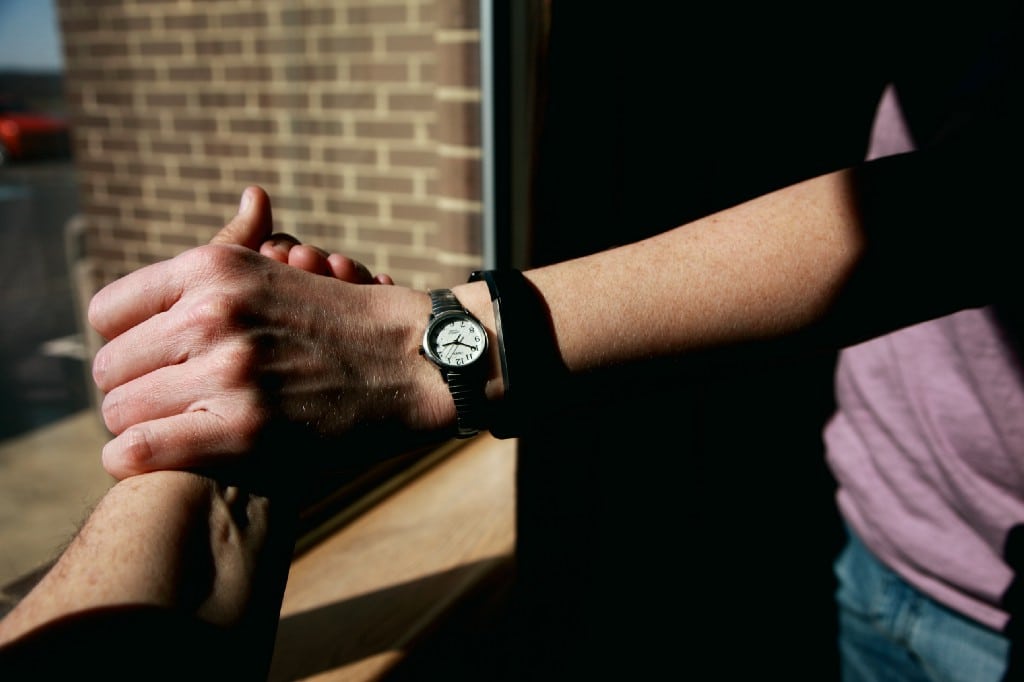 Knowing Me, Knowing You: Part Two 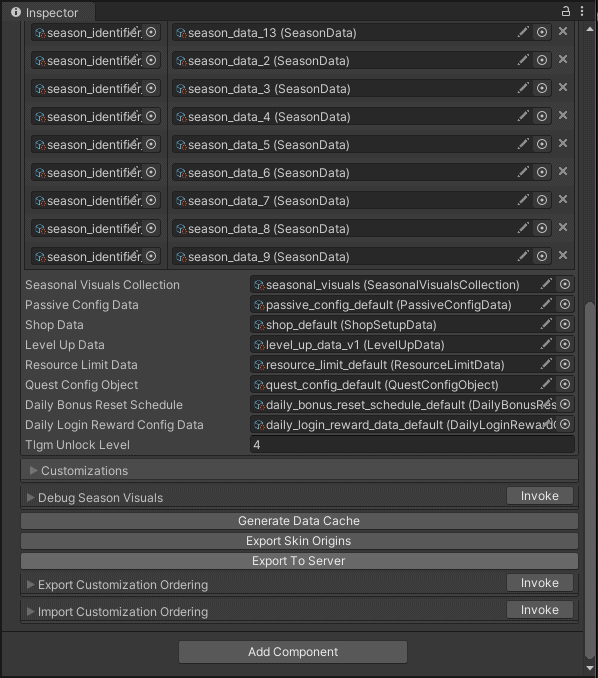 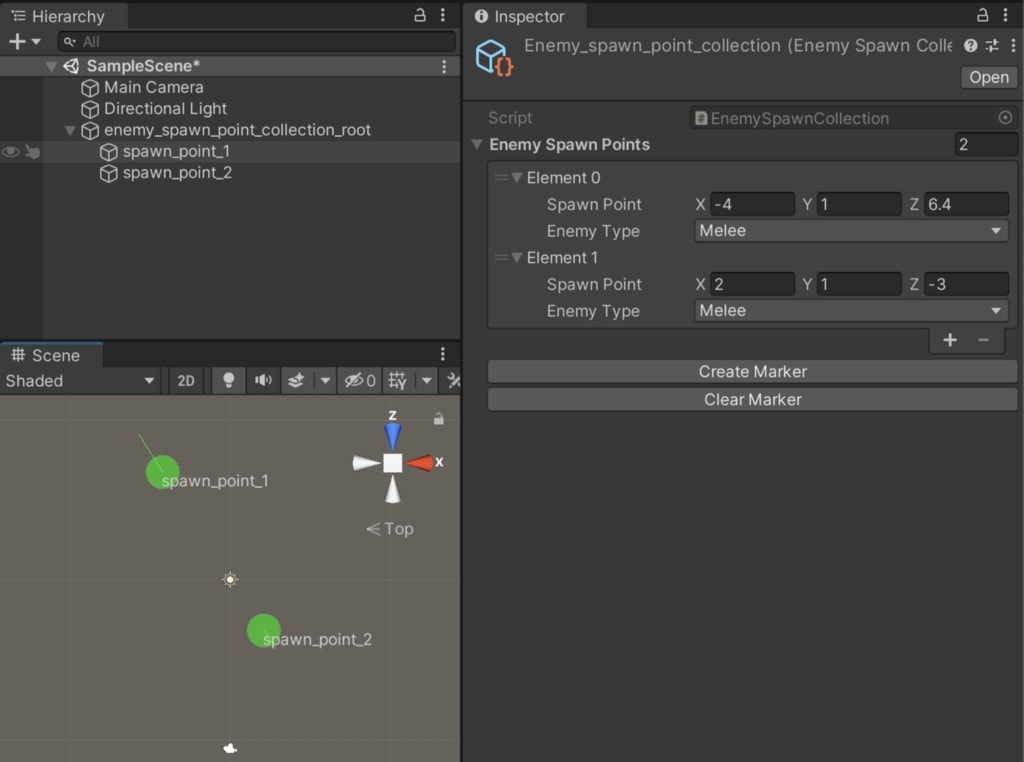